Skip to content
Home » Telling the Truth about the Past » In K-12 Schools » Resources for Teaching with Lies My Teacher Told Me » Essay 7: Getting History Right Can Decrease Racism Toward Mexican Americans

Essay 7: Getting History Right Can Decrease Racism Toward Mexican Americans

First, our culture paints Mexicans as less “civilized” newcomers. Actually, Spaniards were living in South Carolina in 1526, St. Augustine in 1565, and Santa Fe by 1598. Mexico had a university by 1551; Harvard was not founded until 1636. We credit the English as the first White settlers because Protestants published most history textbooks. Until about 1960, Catholic schools used textbooks that gave more emphasis to the Spanish.

The United States is an Anglophone nation, but overemphasizing its Anglo roots by starting with Virginia and Plymouth Rock misrepresents the past. Teachers can help students understand this by having them shade all the territory that Spain ever controlled. They will draw a line from near Savannah, Georgia, westward and then northward to St. Paul, following the Louisiana Purchase line to northern California, then back along our border and coastline — half the country! Students can also research the imprint that Spanish and Mexican culture left, not only in place names like New Madrid, Missouri, but also on our culture. The horse and ideas connected with horses prompted first a new Plains Indian culture and then a new Anglo cowboy culture. Mission style is still a potent force in American design. The Catholic Church still dominates much of the formerly Spanish domain.

The second era we often misperceive is 1820-1850. As Mexico became independent in 1821, it outlawed slavery. Mexico welcomed white Southerners, but they could not bring slaves. Even worse from the U.S. standpoint, enslaved African Americans seeking freedom escaped to Mexico overland and by boat from Louisiana. These grievances led the newcomers to get Texas to secede from Mexico, followed by our 1846 war with Mexico. The 1848 treaty ending that war provided that citizens of Mexico who now found themselves in the U.S. were to be full citizens. However, whites often trampled their rights, brought them up on false charges, and even lynched them to get their land without payment. Native Americans in the Mexican Cession didn’t get citizenship until 1924.

The third misconception concerns Mexican immigrants. In 2016 Donald Trump made them a key issue in his presidential campaign, especially in the primaries. Students need to understand that our so-called “illegal immigration” has a history. Since at least 1870, the United States has used Mexican workers when we needed them, and deported them when we didn’t. Right after World War I, the U.S. encouraged Mexicans to come to lay railroad track and grow cotton in the Southwest. Similarly, during World War II, when many Americans were fighting in Europe, workers from Mexico and Puerto Rico came to work in factories and on farms. Conversely, during the Depression when work was scarce, the federal government deported thousands. (Students can compare the Bracero Program to Operation Wetback.) Also, as part of their worsening status during the Nadir of Race Relations, the 1930 Census no longer classified Mexican Americans as “white.” California then tried to force them into segregated public schools. Mexican Americans replied by winning two lawsuits, Alvarez v. Lemon Grove and Mendez v. Westminster, which overturned the new segregation policy.

Today, 34 million Mexicans and Mexican Americans live in the United States. About 65% are native-born; most of the rest are naturalized citizens or legal residents. Characterizing them primarily as “illegal aliens” (a problematic term in itself, since “alien” implies unearthly) or as threatening outsiders is historically inaccurate. We must teach our long mutual history without distorting it to make “us” look good, “them” bad. Increasingly, they are us. 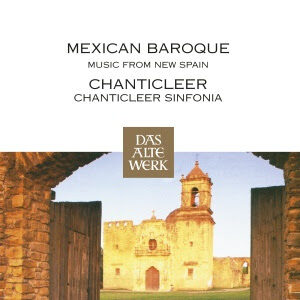