Skip to content
Home » Telling the Truth about the Past » On the Landscape, In Public History » Natives

History Distorts Our Native American Past 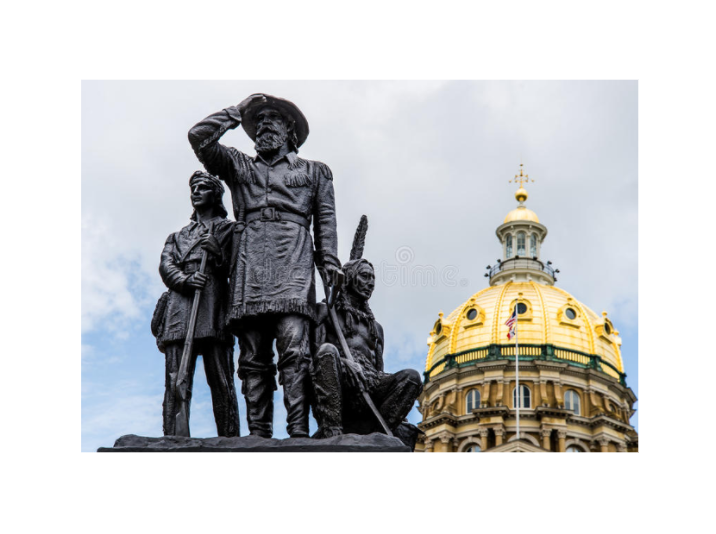 From sea to shining sea, our public history says quite a bit about Native Americans. Unfortunately, much of it is wrong, Also, our monuments are afflicted by hieratic scale, with Whites on top, Natives below. Historical markers have Whites “discovering” the Great Lakes, “founding” towns taken from American Indians, and “settling” areas already full of Native farmers. As well, we often call Native peoples by the wrong names.

Many chapters in Lies Across America treat problems in our public depictions of Native Americans (American Indians).

At the top of this page is a monument outside the Iowa State Capitol. The sculptor had in mind portraying a sturdy (White) pioneer going west, his son, and a Native American, their guide. It was a fine idea, especially because neither our public history nor our textbooks say that Native Americans typically guided Whites westward, sold them food, told them where to ford the rivers, etc. Instead, our archetypal image is of the wagon trains, circled, the “savages” haplessly riding round and round firing at the newcomers.

Unfortunately, the sculptor followed the usual hieratic scale, putting the white person on top, obviously in charge, so no one gets his intention that the American Indian is the guide of the group.

There’s a sexism problem too, since the pioneer seems to have given birth to his son all by himself. 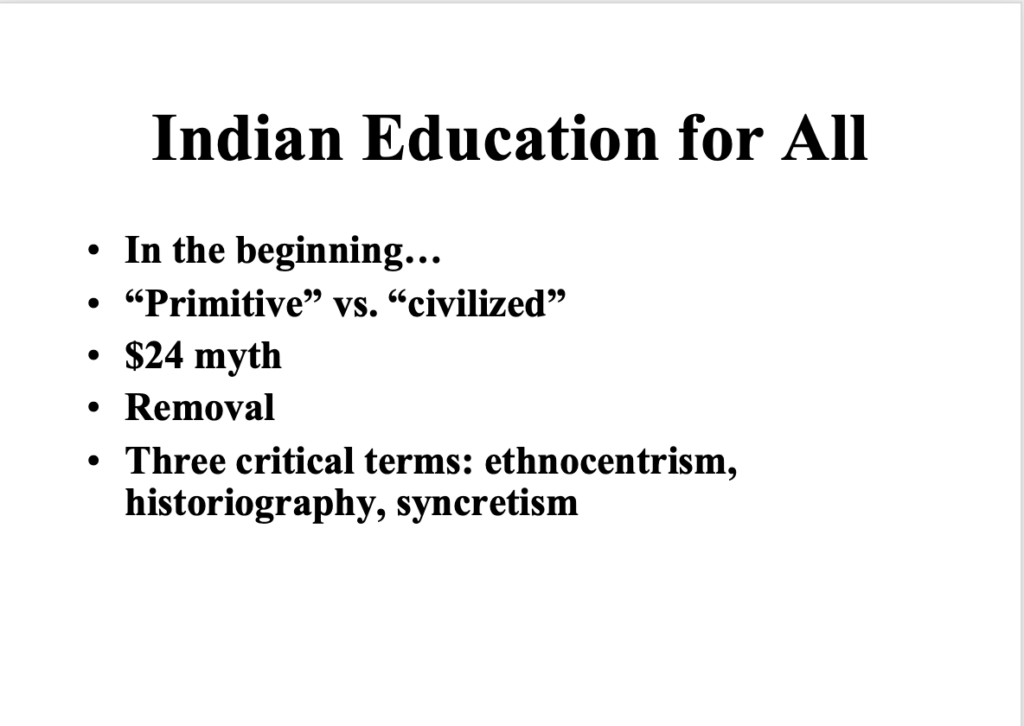 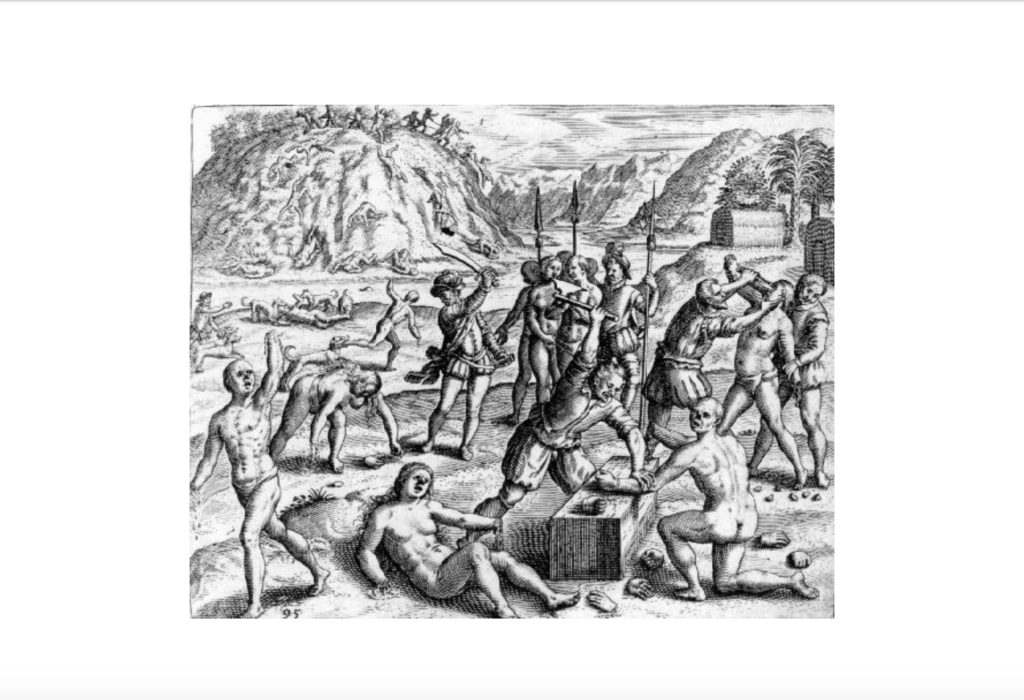