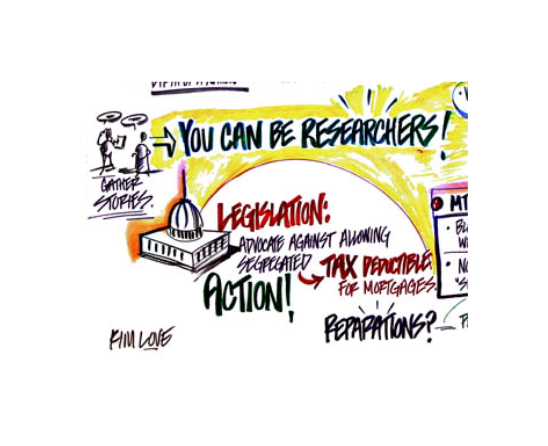 Using Research Information to Help
a Sundown Town Overcome Its Past

A first step in opening up sundown towns and suburbs is to show how they became all-white. Often decades of obfuscation have made that difficult. Leaders of a sundown town often do not want their town’s racial history known. For one thing, the stark racism represented in a sundown town makes it look bad. For another, many successful white Americans want to believe that they earned their status. Whiter towns typically have higher status in the U.S., especially white suburbs. Residents who convince themselves that they “made it” into, say, Kenilworth, the whitest and most prestigious suburb of Chicago, feel good about themselves, as a result. Often they say things like “African Americans will make it into Kenilworth too, as soon as they become more educated and wealthier.” Such residents do not want to realize that in 2010, more than 7,000 black families in the Chicago area made more income than the median white family in Kenilworth, which negates the possibility that Kenilworth’s expensive homes account for its racial “purity.”

Goshen, Indiana Pledges to Transcend Its Sundown Town Past

On March 17, 2015, the mayor and city council of Goshen, Indiana, passed a resolution to acknowledge and transcend its past as a sundown town. Between 1890 and 1940, more than 200 towns and counties in Indiana became sundown towns — places that were “all-white” on purpose. Goshen was one of these towns. To be sure, it stopped enforcing its ban both formally and informally some years ago, but this resolution clearly moves Goshen beyond its sundown past. I recommend it as a model for other former (or persisting) sundown towns in Indiana and across the United States.

A RESOLUTION ACKNOWLEDGING THE RACIALLY EXCLUSIONARY PAST OF GOSHEN, INDIANA, AS A ‘SUNDOWN TOWN’

La Crosse, Wisconsin Pledges to Transcend Its Sundown Town Past

On December 8, 2016, the mayor and former mayor of La Crosse, Wisconsin, signed passed a resolution to acknowledge and transcend its past as a sundown town. Earlier, on October 27, 2016, La Crosse’s Human Relations Council met before a large audience at City Hall and heard James Loewen speak on sundown towns, watched a video by Jennifer DeRocher, a graduate of U. WI LAX, on La Crosse as a sundown town, and heard the mayor give an apology for that history. Between 1890 and 1940, more than 150 towns and counties in Wisconsin became sundown towns — places that were “all-white” on purpose. La Crosse was one of these towns. To be sure, it stopped enforcing its ban both formally and informally some years ago, but this resolution clearly moves La Crosse beyond its sundown past. I recommend it as a model for other former (or persisting) sundown towns in Wisconsin and across the United States.

Public history “on the ground” helped La Crosse transcend its sundown past.

La Crosse mentions its sundown past in its Wikipedia entry. All former sundown towns should do this.

Glendale, CA, Admits, Apologizes for, and Pledges To Transcend Its Sundown Town Past

Another story praises Glendale for being the first of many California sundown towns to step up and take steps to transcend its past.

The City Council voted unanimously to admit, apologize for, and move beyond its sundown town past. This is the video record of the entire city council meeting that passed the historic sundown town resolution. At the beginning, you can note the agenda, including the resolution. They discuss the sundown town resolution from 1:39 through 2:33, including statements by each council member and call-ins from several members of the community. At times it is fairly emotional. Armenian Americans are the largest group in the White community and they are well represented on the City Council.

Here is the resolution.

To prepare for the vote, the council ordered a historical report. Here it is.

Other Towns that Have Transcended their Pasts 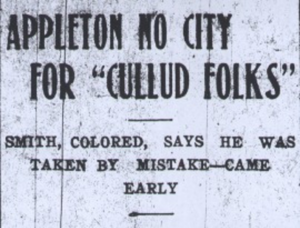 Towns that Still Need to Overcome their Sundown Pasts