Publication of Sundown Towns opened up an entire new area of study in history, sociology, geography, and related fields. Intrigued by their prevalence, Guy Lancaster studied sundown towns across Arkansas for his Ph.D. and it then became a published book. Now that we know that thousands of communities went sundown, there is room for many more, with titles like “Sundown Towns in the Upper Peninsula” (MI), “Towns That Kept Out Native Americans,” “‘North’ vs. ‘South’ as Seen in the Sundown Suburbs of Washington, D.C.,” “Sociological Causes for Towns Expelling and Not Expelling Their Black Populations,” and countless others. 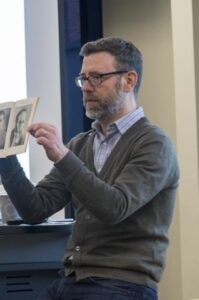 Towns that Tried to Drive Out Minorities But Failed

Several cities tried to drive out their entire black populations and become sundown towns, including Tulsa, OK, and Springfield, IL. An immense bibliography has developed recently on Tulsa, including also a foundation, the John Hope Franklin Center for Reconciliation, a park, and a monument and website at the Greenwood Cultural Center. Illinois NPR recently did an extensive story about Springfield’s 1908 race riot.

Whites also tried to “cleanse” Denver and Seattle (of Chinese); these Midwestern towns (of African Americans): Akron; Evansville, Indiana; Joplin and Springfield, Missouri; Springfield and Youngstown, Ohio; Omaha and Lincoln, Nebraska; and also Knoxville, Tennessee; and Johnstown, Pennsylvania. These white race riots failed to accomplish their goals mainly because the cities and their black communities were so large.

Here are Excel files of town populations by race for selected states. Some are much more complete than others. If you develop such a file for a state not included here, or a more comprehensive file for a state that is included here, kindly email it and we’ll post it below for other researchers to use. Thank you. Email publichistorysites@gmail.com.