Skip to content
Home » Telling the Truth about the Past » In K-12 Schools » Resources for Teaching with Lies My Teacher Told Me » Essay 11: Columbus Day

Not only is Christopher Columbus a leading member of the pantheon of great historical figures, he’s the only one to get a holiday named for him, except Martin Luther King Jr. The one date from history class that everyone remembers is 1492. Textbooks give him a thousand words on average, a map, a portrait, and an illustration.

His basic story is uncomplicated: he sought to make a fortune by sailing west, perhaps by exploiting natives in hitherto unknown lands, perhaps by trading with “the Indies.” Unfortunately, textbooks shy away from such candor. Instead, they leave out almost everything important while putting in all kinds of details that never happened. Some call the voyage to the Caribbean “storm-tossed,” when they had great weather, but not one mentions that his flagship, Santa Maria, hit rocks off Haiti. In Columbus’s words, the local leader “sent all his people from the town, with many large canoes to unload the ship.” Columbus limped back home on two ships, leaving 40 men behind. This detail is important, because it challenges the “superior European / inferior primitive” meme in our culture that otherwise starts here, with Columbus.

Educators can prod students to examine the words textbooks use. Columbus “discovers” America, but authors never say Vasco Da Gama “discovered” India, not even in quotation marks. Some students will note that people obviously already lived in India — lots of them! It turns out, lots of people also lived on Haiti, where Columbus marooned his 40 crew members, but somehow they became invisible, which now prompts us to say “discover.”

Textbooks call Columbus and those who came after him “explorers,” not “conquerors,” even though the Spanish used the more honest “conquistadores.” “New World” is of course Eurocentric; less biased terms are “Western Hemisphere” or “the Americas.” Did Europeans (and Africans) “settle” or “colonize” the Americas?

Like Da Gama, on his second voyage Columbus introduced shocking practices, including cutting off Natives’ hands if they did not pay his quarterly gold tax. He started the trans-Atlantic slave trade — of Native people, from west to east — by sending 5,000 Arawaks in chains to Spain and Majorca. A particularly repellent aspect of the trade was sexual: as Columbus noted, “girls from nine to ten are now in demand.” Partly as a result, the Native population of Haiti fell from perhaps 3,000,000 in 1491 to fewer than 500 by 1535. His son then started the trans-Atlantic slave trade from east to west, in Africans.

All this might prompt students to discover when and why their state adopted Columbus Day. Should it join the movement to change the holiday’s name to honor Native Americans? Educators can help them avoid falling for the excuse that everyone accepted slavery in 1493. The Arawaks didn’t! Neither did, famously, Bartolomé de las Casas, the Spanish priest who said of the slave trade, “The acts we committed in the Indies stand out among the most unpardonable offenses ever committed against God and mankind, and this trade as one of the most unjust, evil, and cruel among them.”

Thinking seriously about Columbus is important, because he introduced four processes that transformed the modern world:

Units on Columbus must emphasize these four crucial points, for they are critical to understanding subsequent American and world history. 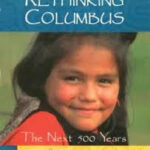