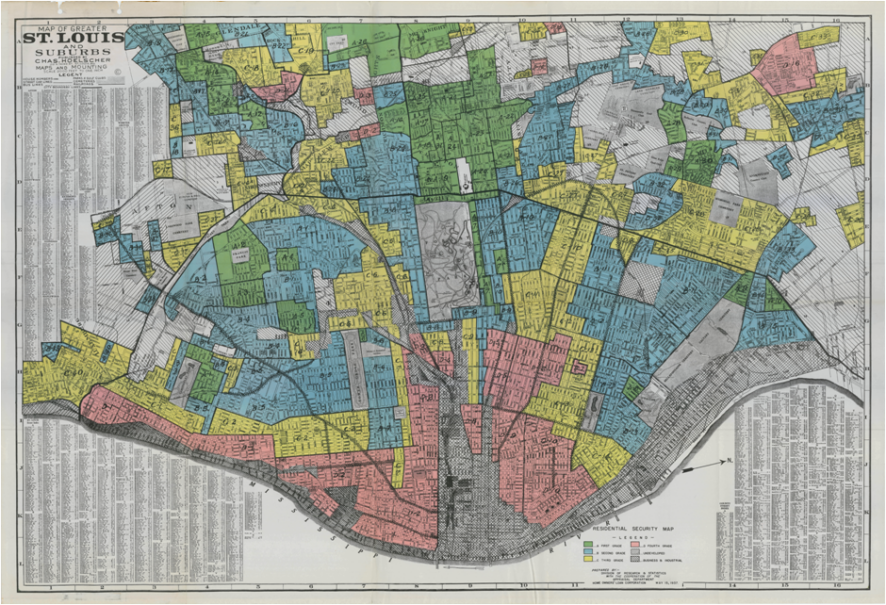 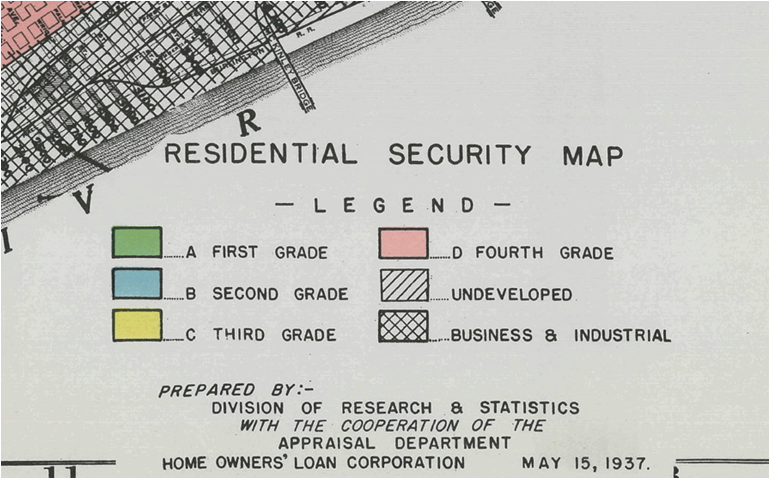 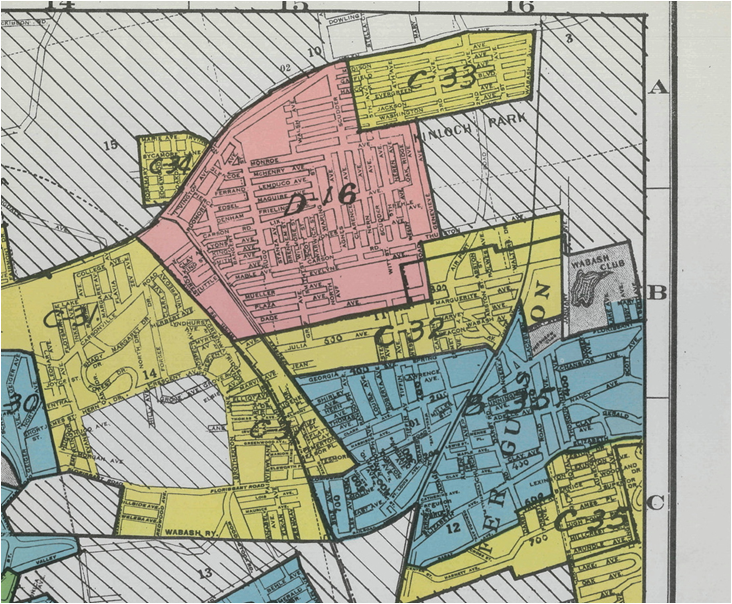 This is the original HOLC (Home Owners Loan Corporation) map of St. Louis and its suburbs, done during the 1930s. This is where we get the term “redlining.” Shaded red are the worst residential areas, according to the U.S. government, and it did not make loan guarantees in red zones. Ferguson, infamous for its police behavior since 2014, became a sundown town between 1940 and 1960. HOLC helped. Shaded red (and shown enlarged just above) is the Black suburb of Kinloch, just NW of Ferguson.